How do you debut the most powerful console ever made and one of the most successful franchises of all time to an audience through a brand partnership?

Featuring the new Xbox One X and launch of Forza Motorsport 7, we were commissioned to create an identity for an event which would be centred around Foot Locker flagship stores across Europe.

Xbox and Foot Locker invited fans to experience, before launch, the world’s most powerful console - the Xbox One X Scorpio Edition

Hosted from Foot Locker stores in Paris, Rotterdam and Manchester, fans could battle it out in a head to head e-sports challenge where every 20 minutes they could win exclusive drops of the hottest sneakers and of course, a chance to win the Xbox One X.

When crafting a project for more than one client, establishing a tone which represents both can be a real challenge. Connecting to more than one audience is another.

Multiple design avenues were explored, especially around an autumnal feel. Working closely with the Xbox Partnerships team and Foot Locker this was later refined to a campaign ident that not only riffed off Xbox‘s brand colours and Foot Locker’s clean vector based typography but also to a strong urban aesthetic.

Throughout the process careful consideration was given to the visual treatment as it was destined to be used across multiple formats - digital assets, print, clothing and retail displays. 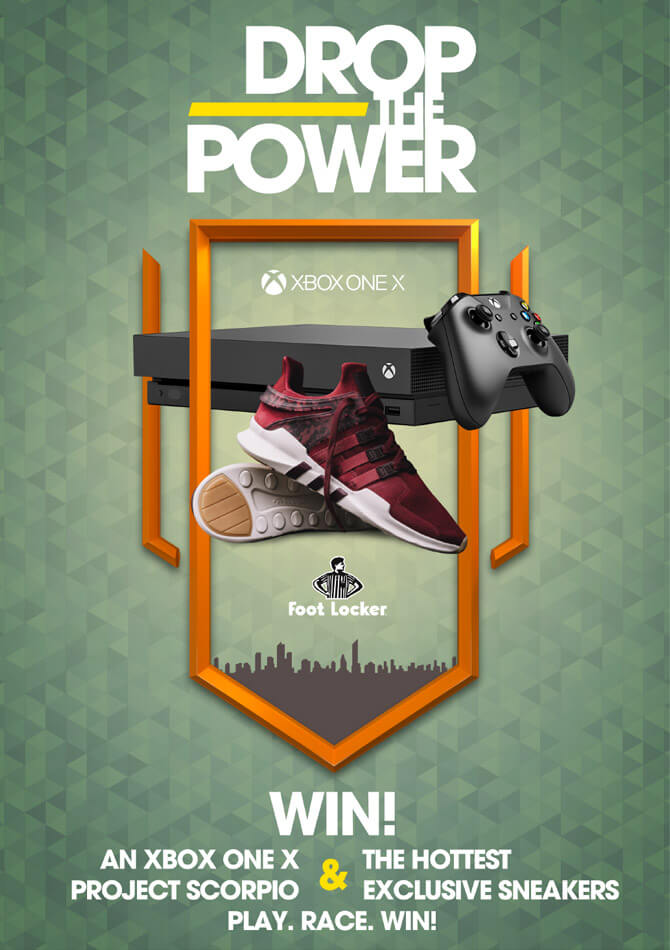 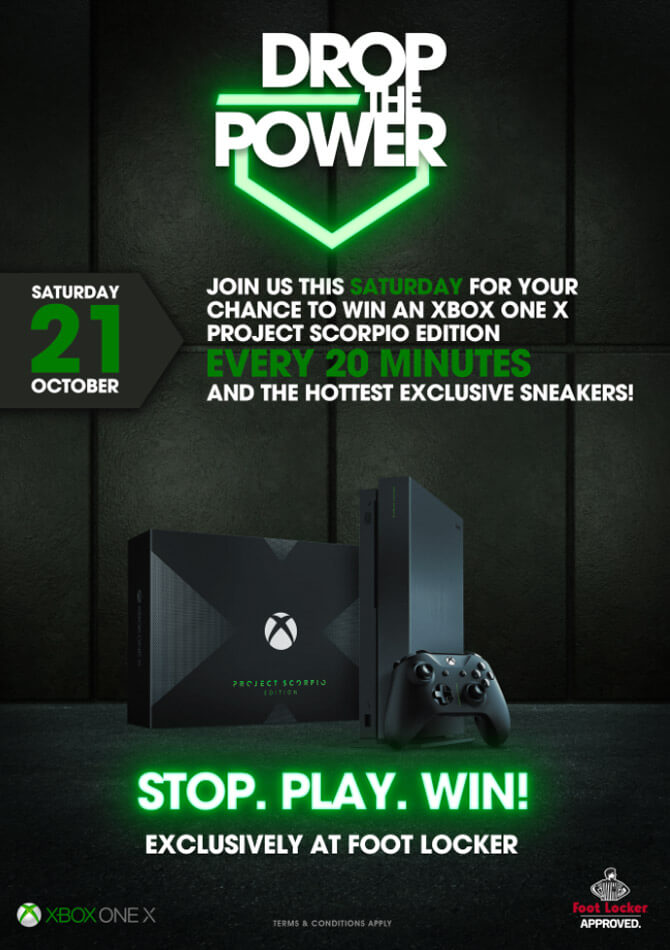